Recently,  my husband and I had the great good fortune to visit my daughter in Tasmania. Naturally I needed new clothes for such an exciting adventure. Well, really, I only needed a new hat. For reasons that need no further discussion, I had not been hiking in the past year, and all my hiking clothes were therefore in perfect condition, albeit a little snug around the nether regions. I am claiming that this is due to lack of hiking and not from excessive chocolate consumption. 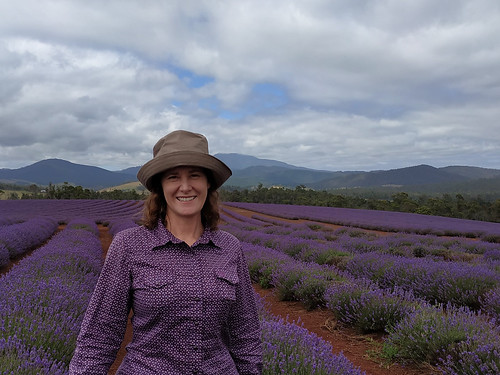 The main reason I needed a new hat, was that my favourite Patricia Underwood Vogue 9207 version A hats have a very large brim, and that this has proved incompatible with carrying anything bigger than a day pack, as it bumps into the backpack and doesn't stay on one's head. 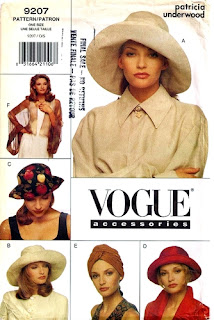 Last time I went hiking I (shock) wore a purchased hat, but this, in the way of purchased hats, had shrunk when I washed it.

We hiked the 3 capes, carrying our own gear, and not staying in the luxury huts, so my pack was quite large. 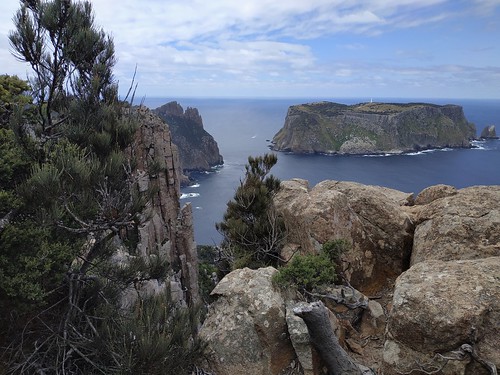 Hence a trial of version C from the same pattern.  Version C has a brim the same size as my Cancer Council approved purchased hat (if you sneakily use a 3/8" seam allowance at the outer brim instead of the 5/8" allowance of the standard version), so I was happy that the hat would shade my face sufficiently, but this was only the case with the brim turned down.

Version 1 was made from some cotton canvas, some special purchase hat stiffening interfacing which looks suspiciously similar to much less expensive curtain heading interfacing, and lined with shirting cotton. 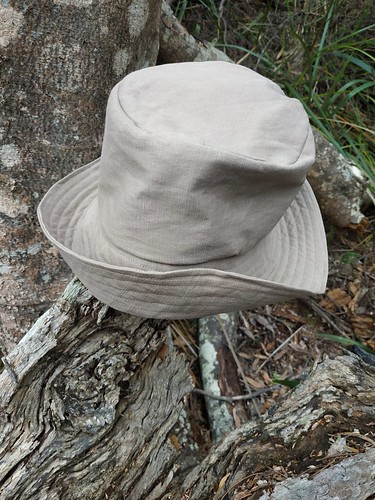 I have stitched more brim than the pattern requires, as this helps the brim to keep its shape, both turned up for smart appearance and turned down for more sun protection. 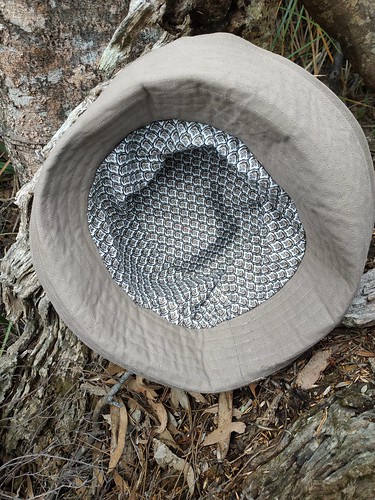 Here it is, made just like the pattern says, size M, except that I have sewn the lining directly to the seam allowance of the brim rather than covering up a raw seam with grosgrain ribbon, as I disliked both the appearance and sensation of this in my previous hats.

In my usual fashion, I did not allow quite enough time to sew my planned version, which was to be navy blue (cotton suiting) lined with a handwoven ex-sari cotton, in order to co-ordinate nicely with my navy blue hiking trousers and dark purple print hiking shirt.

Fortunately one is not expected to be glamorous when hiking. 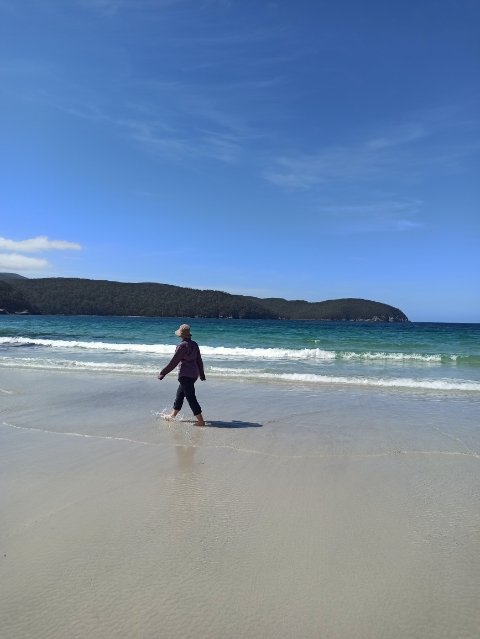 When I returned home, I made the blue version, which I had fully cut out prior to leaving on our little holiday. Unfortunately the interfacing for the crown had fallen down the back of my sewing table, and I neglected to include it in the hat. 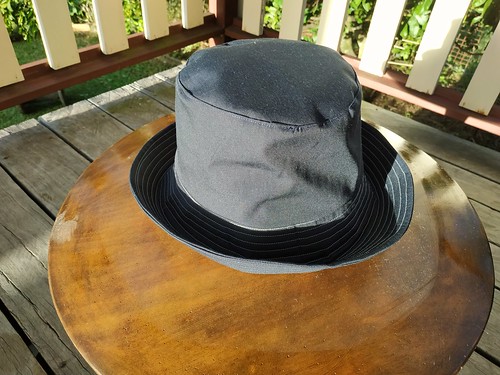 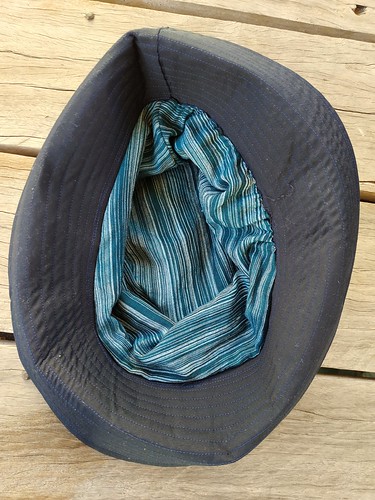 Despite this mild sagginess in the crown, this version looks quite good when worn, and is probably easier to pack, being flatter when not on the head.

Great looking hats and having one that can easily be carried is a must for me. One day we will do the Tasmania hiking but this girls only want the luxury accommodation LOL.